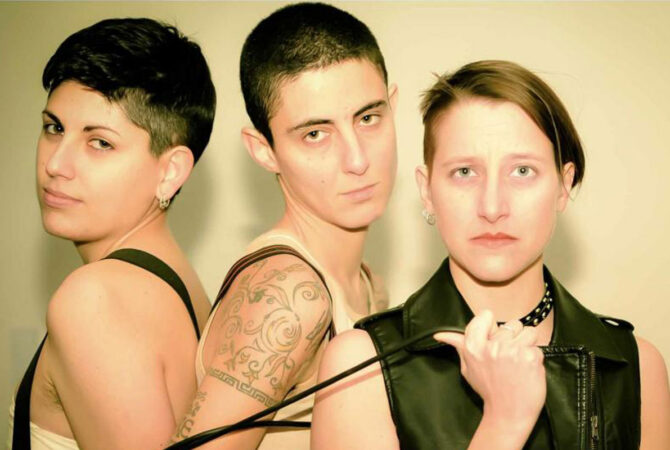 PEOPLE SAY ABOUT THEM
“Guitar-voice, (electric) cello and drums: this is the extravagant lineup set up by Danso Key, all female band which formula is as least as particular as the aforesaid musical set and hence stimulating. Nocturne landscapes which towards unwholesomeness without exceeding, a style that recalls an unconventional idea of blues, but at the same time that of middle-European night-clubs, stories where delicate lives along with abrasive and noisy and grit along with brittleness, lyrics (eight songs in English, two in French) interpreted with striking magnetism.”
Il Mucchio, Federico Guglielmi

“This album grows on you through listening but it must first be deconstructed through listening; so as to evade and delete all those elements which seem at first to alienate and lead attention astray. From there one can start over and reconstruct by reinstating one by one all those small, shelved, splinters; now understanding their position and meaning, finally succeeding in standing within the song. It takes a lot of patience but the aftertaste does not subside easily.” Rockit